Today is Thursday, so that means “media day,” on which I like to focus on some Shakespeare-related work. This week, I want to preview something on the horizon: 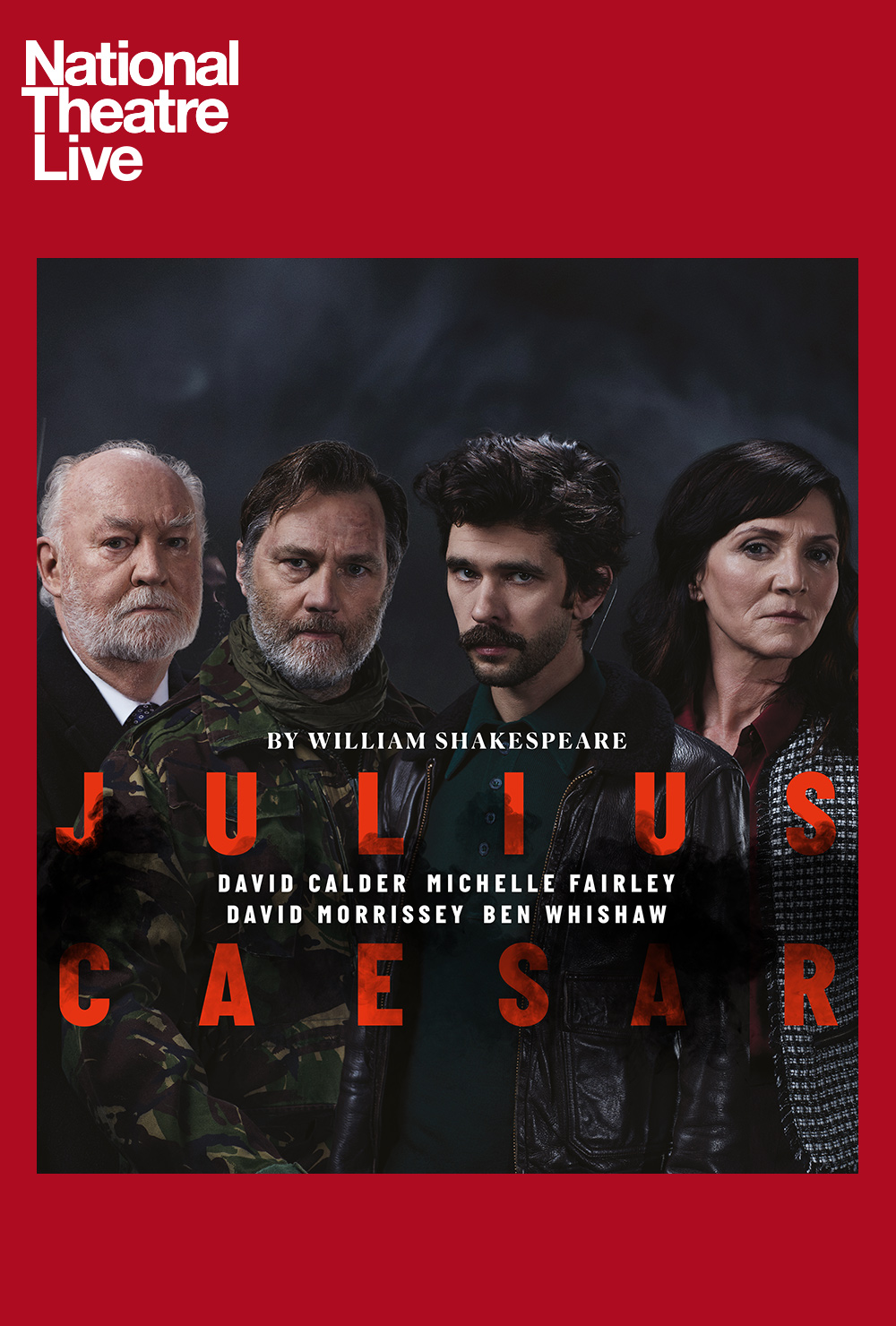 Currently, the National Theatre in London is presenting a modern dress version of Julius Caesar, directed by Nicholas Hytner.  The cross-gender casting includes Ben Whishaw (The Danish Girl, Skyfall, Hamlet) and Michelle Fairley (Fortitude, Game of Thrones) as Brutus and Cassius (respectively), David Calder (The Lost City of Z, The Hatton Garden Job) as Caesar and David Morrissey (The Missing, Hangmen, The Walking Dead) as Mark Antony. The in-the-round staging has gotten some wildly mixed reviews (as noted in the latest edition of “This Week in Shakespeare,” our weekly news podcast), but I’d still love to see it.

And as luck would have it, Fathom Events is doing one of its live cinema broadcasts in which they send out the captured video of a performance out to movie houses.

And when is it playing? Next month. On the ides of March, you ask?

Uh, no. But exactly one week later.

Really, Fathom Events and National Theatre Live? You couldn’t do this one week earlier for dramatic effect?

Regardless, this is coming to a theater (hopefully) near you on March 22nd… more details can be found here.