I was going to do a first day overview of the plays we caught at the Oregon Shakespeare Festival in Ashland yesterday: Shakespeare in Love and The First Part of Henry IV. But I can’t do that with Hal–I’ll explain why in a minute–and so I’ll just discuss Shakespeare in Love. 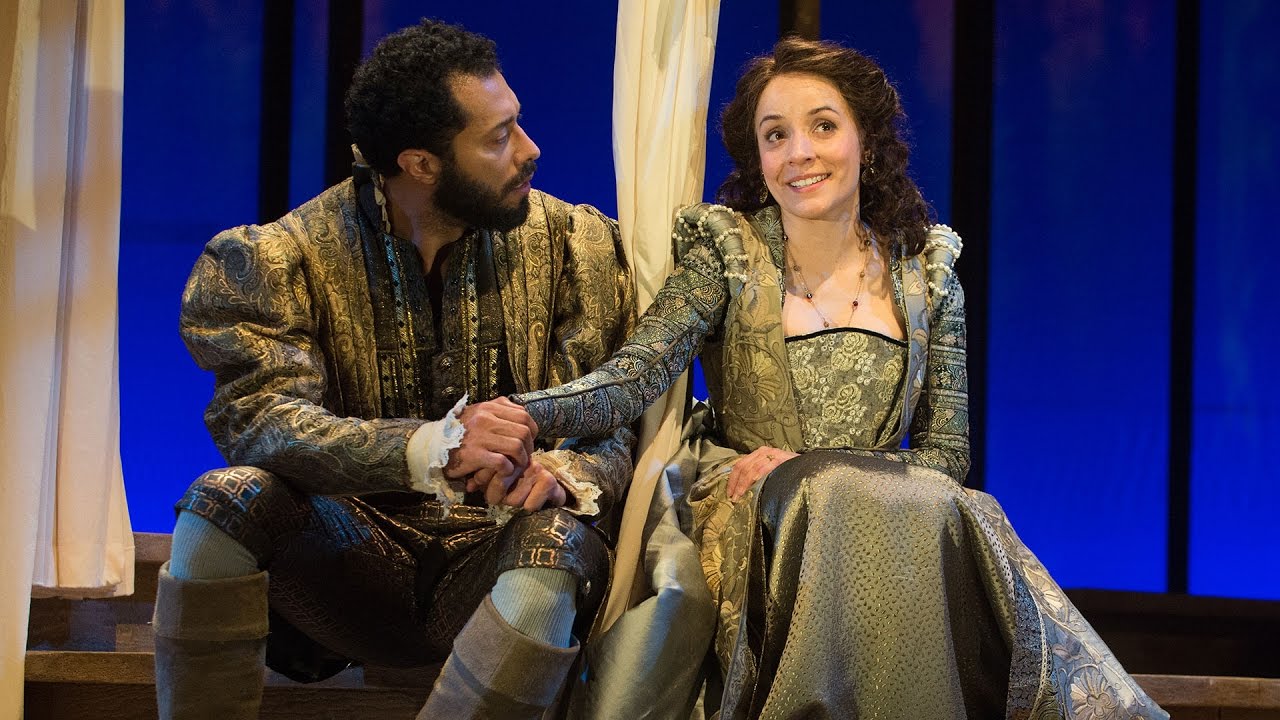 I liked the movie. For some reason–I don’t know why–I thought this was going to be a musical. It’s not. I’m sure it would make a great musical, and maybe it will be one…later. But for now we’ve got a straightforward the adaptation of the Paltrow/Fiennes flick.

I really enjoyed this. The Lee Hall script has got a couple of deviations from the movie (the play bends over backwards to drop in lines from other Shakespeare plays–beyond the Romeo and Juliet that’s being produced in the play; and the role of Marlowe is greatly expanded), but I think they were successfully executed.

The leads, William DeMeritt and Jamie Ann Romero, are charming and attractive…so what’s not to love? Nothing really. It was just a blast. The stagecraft was excellent, especially the scenic design by Rachel Hauck, with a great scaffold across the back, which give the impression of the rounded edge of an Elizabethan theater, and an wonderful rotating platform. When the scenes would change, the actors themselves brought in and took out the set pieces, choreographed wonderfully. And Christopher Liam Moore, who did last year’s Twelfth Night, does a great job of keeping the action light and moving.

Is it deep? Is it meaningful? Will people still be seeing it a century from now? Nah. But it was a perfect way to start off our trip: with a fun, funny afternoon.

Now: Prince Hal. And why I’m not going to review it here…

They’re doing something very interesting with the two parts of Henry IV this year at Ashland. They’re doing both in the smaller, more flexible Thomas Theatre. With the same cast. The same set. Different directors. And because of this, I want to wait until I see both before reviewing them…so the next time you hear from me, it will be with the Falstaff trifecta (the two parts of Henry IV, and The Merry Wives of Windsor)…