Especially when it looks like a pretty cool Bard-related project…

Well, the other week, I got the following direct message via Twitter:

This is Stephen Cookson the director of Shakespeare’s Heroes and Villains, a feature film written and starring Steven Berkoff (Clockwork Orange, Beverly Hills Cop, Octopussy and many more). This is a landmark film on Shakespeare dedicated to performing artists and Shakespeare fans. We’ve created some, what I think, really exciting limited edition collectible items, learning materials and Steven Berkoff memorabilia that we are offering in return for funds. We will be using the funds to help market and launch the film. The studio hasn’t left us marketing budget and have told us there isn’t much of a market for the film. That’s where you come in, we’re crowdfunding all the marketing through LiveTree, who allow us to donate 10% of the money directly to charity. For the next week or so the rewards are all discounted 10-20%. So I wanted to personally invite you to take advantage of the offer and get involved in the project. Check it out and let us know your thoughts. 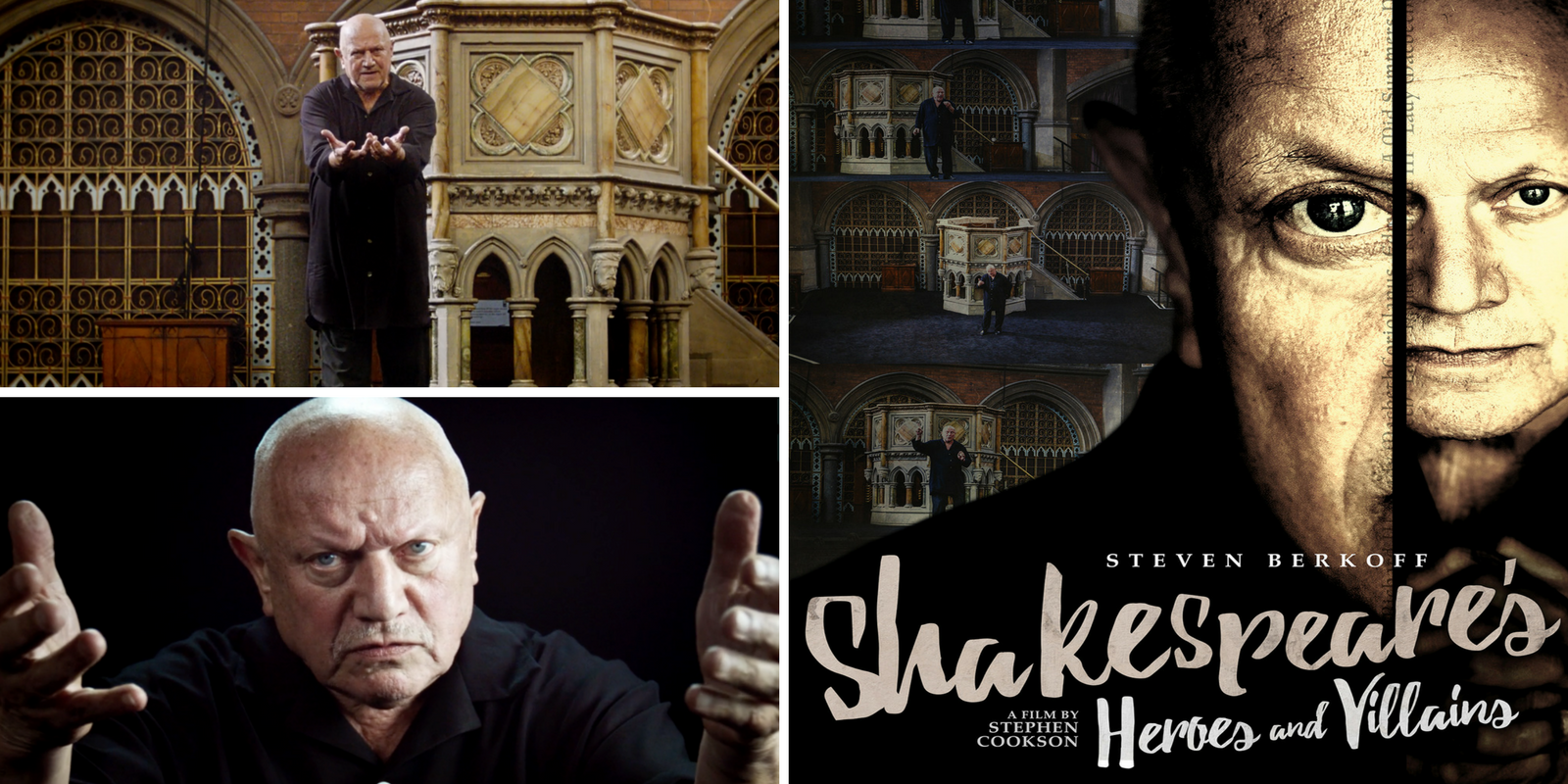 This is from their crowd-funding page:

If you enjoy or study Shakespeare, you’ll get closer to the true meaning of the works with the rewards accompanying “Shakespeare’s Heroes And Villains”. This is going to be the biggest Shakespeare film in recent years and this is your chance to be part of it.

In this landmark film, Steven uncovers Shakespeare’s most villainous characters whose situations lead to evil deeds.

Steven’s award-winning performance will for the first time ever will be showing Shakespeare’s villains in all their glory.

The film has been made and will be launching very soon.

The studio has told us there is not a market for this film. We think they are wrong and that’s where you come in. To make sure we reach as many people as possible we are looking for backers to help us raise crucial funds to launch the film.

Our crowdfunding campaign is your chance to show how vital Shakespeare is to our culture and the world we live in! We want to break all records and ensure this film is recorded in history. We need your help.

For more information, visit their page…