As you (should) know (by now), we’re doing a March Madness-bracket style review of the many video adaptations of Macbeth. We’ve finished the first round and now we’re down to the last two…and today’s championship match-up:

But who cares? It’s this final match-up that matters.

We know the strengths:

Kurzel’s bravura visuals and film-making. Goold’s concept. Fassbender’s PSTD-tortured Scot. Stewart’s raging Stalin-esque general. Both with interesting and experimental edits. Kurzel’s blood-drenched violence. Goold’s frightening witches. Both are sensuous, with Cotillard’s sexual Lady and Fleetwood’s sexy Lady. Kurzel’s banquet is filled with dread, while Goold’s is some bizarre horrorshow. Kurzel’s tells the story cinematically, cutting lines, dialogue, and scenes; Goold keeps most of the text, but keeps the action moving. Both Macbeths are brutal, both Macbeths are brutal.

From a purely cinematic perspective, Kurzel delivers a masterful film, or at least I found it so. I’m not sure if a person who had never seen Macbeth would find it as masterful or interesting; I think such a viewer may be confused, left moorless without more of the text (but maybe I’m wrong, maybe all the visual storytelling–even when it veers into subtext–can carry the day). From a purely literary perspective, Goold’s production is masterful (of that I don’t think there can be much debate).

If this was a basketball game, I think it would be a triple overtime squeaker, with a buzzer-beater three-pointer to end the game.

Which do I prefer? It’s really a coin-flip. I really like them both. So which would I recommend to you, gentle readers? Both, of course. But which would I use in the classroom (if I was still there)? Ay, there’s the rub… I’d probably try to show both, but if I could only fit one into the schedule, it would be the Rupert Goold/Patrick Stewart production.

Both versions are that good. You can’t go wrong with either. But with this metaphorical gun to my head (call it a deadline), this is your champion: 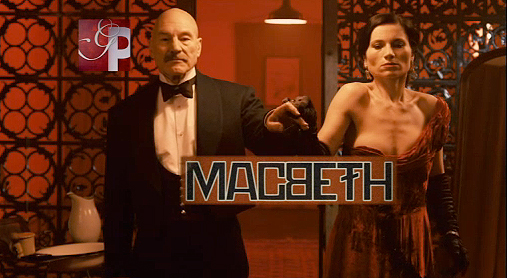