In 2015, the Stratford Festival in Canada produced a version of King Lear directed by Antoni Cimolino, and starring Colm Feore as the titular king. This version was captured for broadcast to cinemas, and has been broken down by scene for the Festival’s new online teaching tool (which I discussed a few days ago). 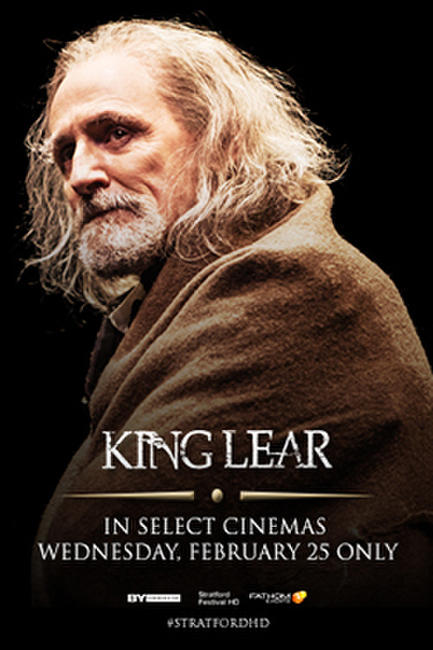 The only version I could watch was the online app version, and that most definitely has colored my experience.

First, a digression. A couple of nights back, I watched a documentary on 10 buildings that changed America, and one of the buildings was the Robie House in Chicago, designed by Frank Lloyd Wright. You come into the house via a dark entryway, and rise toward the light to a large, naturally lit living area; the discrete rooms were not as important as the sense of drama created by the whole as you moved throughout the building.

Why do I mention this?

Well, I think theatrical drama is like that. Shakespeare wrote whole plays. In most cases of performance, I don’t think we were meant to break the plays into their discrete scenes. But that’s how I experienced this production via the Stratford education app. With a YouTube playlist, you can auto-play through the set of videos, so that even if there was a little gap between videos, there is still the impression of the whole.

Which is what I was missing here. And I really missed it. I could never get any momentum going; therefore, I had a hard time viewing it, and thus reviewing it.

The performances in and of themselves were fine: Colm Feore makes for a spindly, weak, and shaky Lear, evermore staggering and limping upon the stage. As the dueling brothers, both Evan Buliung’s Edgar and Brad Hodder’s Edmund were fine (though the latter’s appearance had me thinking of The Daily Show’s Rob Courdry WAY too often).

That Comedy Central reference is not as out of line as you might think. Unlike the previous production filmed before a live audience (the Pryce Almeida show), this audience was audibly present… and laughing. It was the most comic Lear I’ve seen, and intentionally so, with both Lear and Edmund aiming for laughs. It was a nice change, particularly in a the droll performance of Stephen Ouimette as the Fool.

It’s not a bad production, and perhaps I would have enjoyed it more had it been in one single session (rather than cut up like I experienced it); I know later this year, the production will be streaming on the Stratford site. In that state, I’d give it a recommendation. In its current, chopped up state, I really can’t (though I would say the app itself does have merit).

Don’t forget to have an ear out for our upcoming podcast with full reviews of all of the major versions I’ve found!